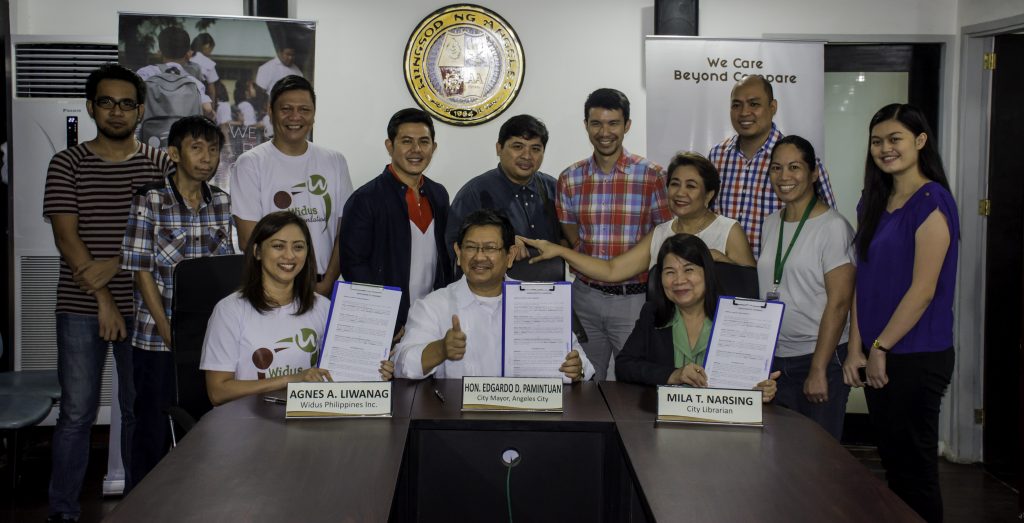 Widus Foundation Inc. (WFI) forged a memorandum of agreement with the Angeles City local government for the establishment of a Kapampangan Cultural Heritage Center at the city mayor’s office on Monday, September 3.

The MOA was signed by WFI Executive Director Neki Liwanag, Angeles City Mayor Edgardo Pamintuan, and Angeles City Librarian Mila Narsing.
Liwanag said that the signing of the MOA will formalize and strengthen the foundation’s advocacy to restore, promote, and sustain the Kapampangan culture.
“Championing and preserving the Kapampangan language, arts, and heritage is one of the foundation’s long-term commitments to the community. By further strengthening a place that fosters free access of information and promotes learning, we are able to nurture, share, and develop our local culture not only for the society but also for the generations to come,” Liwanag shared.
Strategically located in the heart of the city, the cultural heritage hub will be located at the second floor of the Angeles City Library and Information Center (ACLIC) where a modern Information and Technology Center will also stand.
Describing the project as a means of “revolutionizing the way of learning”, Pamintuan expressed his gratitude to the foundation’s continuous educational efforts focused on enriching the community.

“We are glad to have projects like this that support the unofficial renaissance of the city. If it wasn’t for Widus and the volunteer artists’ dedication, there might not have been a notable improvement in the area,” the city mayor added.
Pamintuan also gladly announced that Angeles City is now one of the leading communities in terms of arts and cultural heritage restoration. He also envisions the local library’s development to positively impact the community especially the youth.
“This one will surely make a dent on the sustainability of the Kapampangan heritage,” he said.